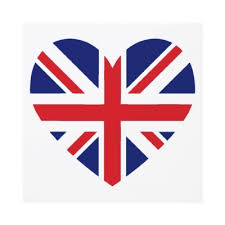 Many of us have probably mimed or hummed along to our British National Anthem. Everyone knows the first line but will need to guess all of the others…a bit like Auld Lang Syne!!

The British National Anthem dates back to the eighteenth century and was a patriotic song first publicly performed in London in 1745. The words and tune are anonymous, and in total, around 140 composers, including Beethoven, Haydn and Brahms, have used the tune in their compositions.

The British National Anthem is a tune that has been on ‘repeat’ in my brain for approximately the last month, which is not something that has happened before!

It all began when a few weeks ago I woke to see my husband sitting bolt upright in bed exclaiming that something dreadful had happened. The news was saturated with the same story, as was the majority of social media. Despite the beautiful sunshine it felt like the world would never be quite the same again, not as bright and not as warm.

And I was not and am not, the only person to feel like this. We became a nation united in its determination to stand against that which sought to destroy us, as one we embraced those who had suffered and whose lives were ended or would never be the same.

The reason for the nations unity was the haunting photos of young lives prematurely ended by a terrorist bomber in Manchester that has been our worst terrorist incident since the London Train Bombing.

Many, if not all of us, would have been deeply moved and maybe shed a tear (or ten!) as we sympathised with people we have never met and in all likelihood never will.

We may have looked heavenward and prayed earnestly for God’s strength, peace and joy to fill and uphold them. To look with mercy and grace upon those souls that had expected to spend the evening screaming along to Ariana Grande and instead found themselves standing in front of Jesus Christ.

Then just as we the world started to take on a semblance of normality we had the London Bridge attack, Grenfell Tower tragedy and the attack at Finsbury Mosque. More innocent lives needlessly lost and worlds turned upside down.

Whilst I struggle to understand what would lead a person to take another’s life, my nationalistic pride has magnified as clips of policeman, fireman, doctors, nurses, celebrities and everyday heroes battling against destructive forces have been shown almost continuously. Many millions of pounds have been raised and numerous items donated as people showed love and tried to do what they could with what they have.

But despite the rapidly shifting landscape, the overwhelming feeling that nowhere is safe, some things remain steadfastly the same.

Our Bibles remain the infallible Word of God (2 Tim 3:16). The Holy Spirit will still fill the lives and bodies of those who invite Him in (Luke 11:9-13). Jesus remains ‘the same, yesterday and today and forever’ (Heb 13:8).

We are still to be people that grow and show good fruit (Gal 5:22-23) and acknowledge that ‘God has not given us a spirit of fear, but of power and of love and of a sound mind’ (2 Tim 1:7) which means we listen to the truth, not the media hype.

Our commission (Matt 28:16-20) hasn’t changed and neither has the message (John 14:6). We can stand assured that John 3:16 still has the power to change lives, families, neighbourhoods, towns, cities and nations.

Our politicians are still fallible, capable of making mistakes and in desperate need of support through prayer (1 Tim 2:1-3).

Our earthly Queen still sits on her throne and our Heavenly King still rule’s eternal on His.

As hate, in it’s many disguises, tries to worm its way into our everyday existence we need to fight back with love. To accept people for who they are regardless of whether they accept us, to match actions to our words and be ‘light’ wherever we are and whomever we are with. 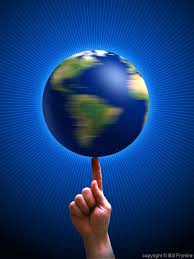 Have you ever had a season, a time in your life when you want to shout ‘STOP!!’

I am in the midst of one of those seasons right now.

For the last seven years there have been so many changes. We grew from a family of two adults and two children to two adults and three children…sounds small but it has made a massive difference to how we ‘do’ life.

As a family we have moved home four times, our two eldest children in addition to this have between them moved a further seven times.

We have had one child leave home to study at university then move back again at the end of his studies then move to London, our second child then picked up the baton and is just finishing his second year in a university that is a two hours drive away.

Our youngest child has raced through not being able to walk to happily planning an imminent sleepover in minute detail. This has included writing lists and distributing to the parent who she feels is most likely to procure the desired goods in the appropriate time frame

We have had a variety of upsets with family members (some that we have known about and others that have been relayed by a third party months later) that have caused confusion and heartbreak as well as revealing our collective ‘true colours’.

Some of these upsets have been resolved with time and an earnest apology, usually echoed by all involved, others are still on going with no obvious or desirable end in sight. This has left scars.

Within my immediate family there have been many new job titles and promotions that have led to new skills being learned, luxuries being had and headaches endured.

We have watched those we love wither and die whilst simultaneously welcoming the addition of tiny feet, wet little mouths, irresistible laughter and soggy nappies.

Those that have previously appeared invincible are seeming frail and those that needed help are now the ones offering a hand of assistance.

At times we have had to watch the pennies seemingly drain from our bank account…any saving accounts we had are long gone, whilst at others we have happily sipped champagne and enjoyed dipping a toe into another lifestyle.

In short the landscape has been continually changing not with slow growth or gradual erosion but with mind spinning, unsettling madness. The landscape of 2017 is vastly different to how it looked in 2010. What made sense then would no longer make sense now.

But I am happy, I am very happy. I would never want to stop change or attempt to stand in its way. We have all experienced that ‘hello’, ‘goodbye’ and ‘see you later’ are part and parcel of life.

However, as I look back it makes me even more determined to savour every moment, to make time for those I cherish, to share the endearments that are in my heart, to enjoy the journey we call life and to welcome every new season…whatever it may bring!!